Your final score is based on the time taken minus health lost divided by 10.
CHANGE
TOPIC
PLAY
CURRENT TOPIC
Grammar - prepositions 2
GAME OVER
PLAY
again
CHANGE
game
do
TEST
loading

With our The beetle and the bee game for "Prepositions 2" you will be learning the Latin American Spanish vocabulary for the topic Prepositions 2. The language you will learn is in the vocabulary list below, and consists of 10 More words that describe one thing compared to another thing. 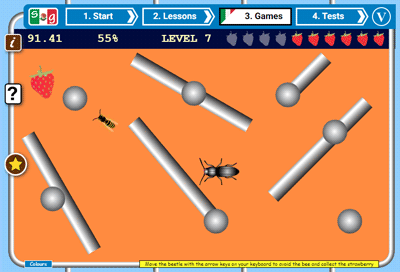