Your final score is based on all of that plus number of questions answered right, and the time taken.
CHANGE
TOPIC
PLAY
CURRENT TOPIC
Place - where I live
GAME OVER
PLAY
again
CHANGE
game
do
TEST
loading

CAT AND MOUSE game to learn Latin American Spanish: Place - where I live

With our Cat and mouse game for "Where I live" you will be learning the Latin American Spanish vocabulary for the topic Where I live. The language you will learn is in the vocabulary list below, and consists of 10 Phrases that describe where you live. 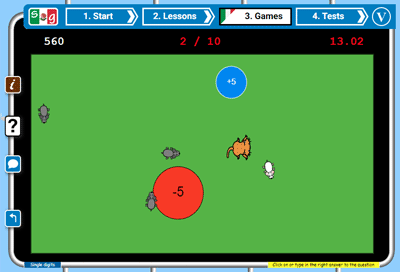